Whilst *midly* intoxicated on Saturday afternoon I agreed to join Elliott in Oxford on Sunday night, not that I wouldn’t normally agree to see Elliott play, but Oxford is a fair trek for a Sunday Evening. I regretted this decision on Sunday morning when I woke up hungover with a 3ish hour round trip to drive in the evening. Still, that’ll teach me.

Elliott played well and I enjoyed the evening but the venue was a little on the quiet side – where were you all?

Anyway as I’m such a jolly nice chap I thought I’d share a couple of videos I took on the night. 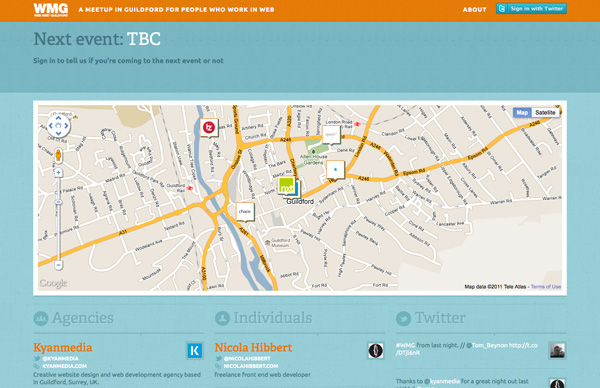 My friend Elliott James Brown has just put his recent recordings on iTunes at the bargain price of £1.79 for 5 AWESOME tracks – a minuscule investment for a wealth of listening pleasure.

Go check them out here -

You can follow Elliott on twitter @elliottjamesmus , along with Lukas @lukasdrinkwater who is one of the talent musicians from The Peoples String Foundation whom helped create these sounds.

I’m helping Elliott with a new website at the moment also so keep your faces pealed!

The Circle of COOL!

Recently in a conversation with Andy Harding at Purple Creative (actually about our ‘REALLY unCool’ Christmas tree in the office) ‘The Circle of Cool’ came up – I’m not sure why I suddenly remembered it exactly, but it’s something Adam Pain taught me years ago whilst I was studying Music Production at ACM in Guildford. 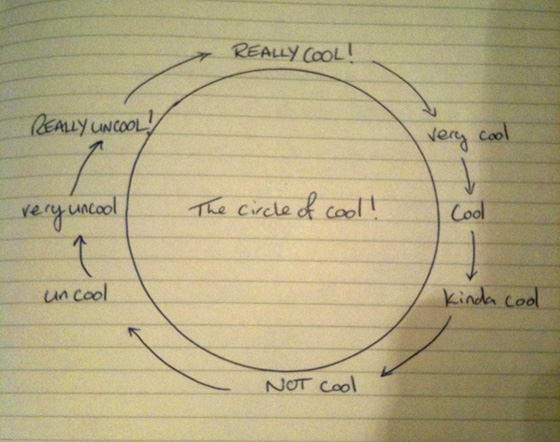 Notice how the more ‘unCool’ something is, the closer it becomes to being REALLY COOL!

Essentially what Adam was pointing out is that sometimes things can be so damn unCool that, actually, they are REALLY EFFING COOL!

If it’s something; no one else is doing, people tell you – you can’t do, not the done thing, perhaps your mastering ‘The Circle of Cool’?

Ahem, my choice in shirts, no no no, they are not made from my Nans old curtains BUT yes perhaps they are so unCool that they are actually REALLY EFFING COOL! Fact.